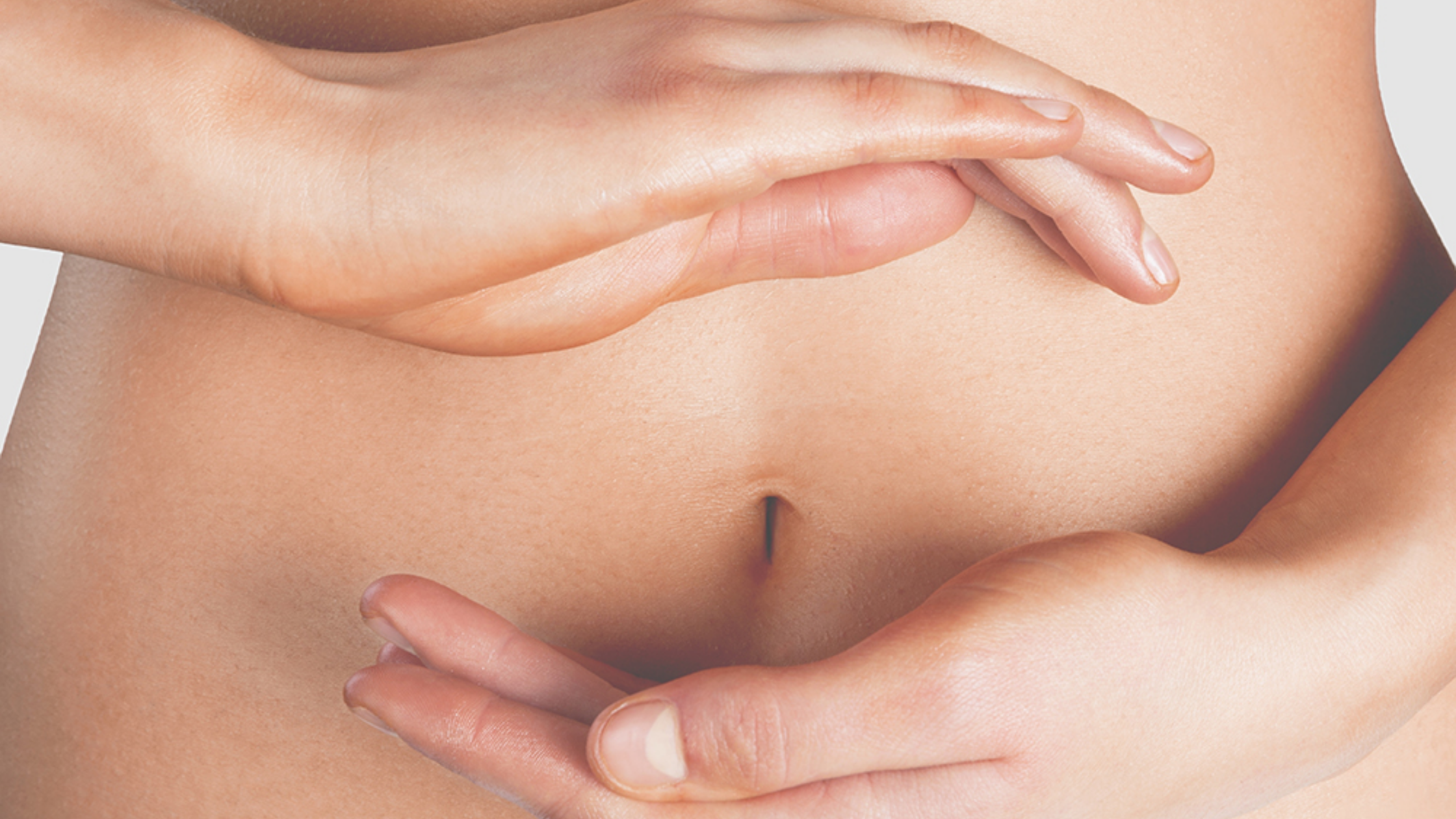 Science is increasingly showing us that if we want perfect skin on the outside, we need to look after our ‘skin on the inside’.1

A 2008 study of 173 participants found that patients suffering from rosacea were significantly more likely to have small-intestinal bacterial overgrowth (SIBO) than healthy people.2

Researchers looked at 39,353 patients with IBD and 77,947 control subjects to evaluate the associations between IBD and various skin diseases. Patients with IBD were at significantly increased risks of ISDs, including psoriasis, rosacea, and atopic dermatitis, whereas lower or nonsignificant associations were evident between IBD and auto-immune skin conditions and alopecia areata.3

A 2019 paper reviewed the research on a link between coeliac disease and skin conditions, concluding that this digestive disorder clearly manifests on the skin, with several hypotheses being offered for the as yet unconfirmed mechanisms. The paper suggested that pemphigus, dermatitis herpetiformis and linear IgA bullous dermatosis may be related to coeliac disease.4

The main function of our skin is to act as a barrier to the dangers of the outside world – just like our
‘skin on the inside’ it provides a physical, chemical and antimicrobial defence.5 Stress and inflammation in the gut can break down that protective barrier and impair its protective function.

According to a paper by Slominski, this in turn can lead to a decreased production of antimicrobial substances in the skin, leaving it vulnerable to infection and inflammation.6

There is no longer any doubt that gut health and skin health are closely connected, and more and more researchers think that it is intestinal hyperpermeability – better known to many as ‘leaky gut’ – that lies at the root of the problem.3,4,7

Gut anatomy
The skin has up to seven layers of cells, in contrast to the intestinal lining, which only has one.8 Although the epithelium is folded over and over, the villi consist of only a single layer of cells separating the outside world (whatever is travelling through our digestive system) from our bloodstream. This one layer of cells has the difficult job of providing a barrier to intruders, such as bacteria, viruses, parasites and toxins, while at the same time having to let vital nutrients through.9,10

Anything that is meant to enter the bloodstream has to travel through the epithelial cells, not around them, so they can control what gets in. The epithelial cells are closely linked by tight junctions, which prevent anything sneaking in unchecked. Reinforcing this delicate barrier is a thick mucous lining that collaborates with non-specific antibodies and beneficial bacteria.9,10

If, for whatever reason, this barrier breaks down, a lot can go wrong. Common disruptors of the intestinal lining are antibiotics,11 stress,12 certain medical drugs (proton pump inhibitors, NSAIDs)13 and alcohol.14 The intestinal lining loses its integrity and anything can now get in: microbes, toxins or even partially digested food.

In a healthy digestive system, fats, proteins and carbohydrates break down into fatty acids, amino acids and sugars, which are passed through the intestinal lining, then absorbed into the bloodstream and distributed to where they are needed. If incompletely digested, proteins leak from the gut into the bloodstream, immune cells detect them as ‘foreign’ – just like microbes would – and mount an immune response. Because of this, we can suddenly develop intolerances to foods that we are not allergic to and had previously been able to eat without adverse effects.12

Leaky gut causes both systemic and local inflammation, which may then manifest itself as skin problems.12,13,15-18

The relationship between food and skin.

Many patients will make a connection between their food and skin. A survey of more than 400 patients by the National Rosacea Society stated that 78% had altered their diet due to rosacea. Of this group, 95% reported a subsequent reduction in flares.5 We know that dermatologists frequently recommend dietary modification to patients with rosacea, with recommendations to avoid ‘trigger’ foods and beverages.

Anecdotally, many patients describe rosacea flares with spicy foods or with hot drinks. Food allergies and sensitivities and their relationship to skin are perhaps best researched with respect to eczema.19 According to a presentation I attended by Dr Helen Cox, clinical lead consultant paediatric allergy at Imperial College NHS Trust, children with eczema are 30% more likely to suffer from food allergies, and removing the common triggers of dairy, wheat, egg, soy and nuts has become standard practice for paediatric allergists. She advised that this approach is just as valid for adults with eczema.

With psoriasis, there is an increased correlation with coeliac disease, or non-coeliac gluten sensitivity.20 This is thought to be due to an abnormality in the cytokine pathway, which also increases the likelihood of autoimmune conditions occurring alongside the psoriasis.21

This is now recognised by the National Psoriasis Foundation (NPF), which devotes an entire section of its website to going gluten-free.22

So, what are the problems when it comes to gut health and how do these affect the skin? Insufficient stomach acid and the microbiome: Digestion begins in the mouth. Chewing stimulates the stomach and intestines to release acid, bile and enzymes. If we eat extremely fast, there isn’t sufficient time for all of those messages to come through in time, resulting in insufficient stomach acid, bile and enzymes. This means the food is unlikely to be sufficiently broken down before it gets passed on to the small intestine. In a healthy digestive system, nutrients are absorbed in the small intestine. But undigested, larger food particles are much harder for the small intestine to absorb, and so undigested food items will carry on through the tract into the large intestine.23 This is where the majority of the gut microbiome resides. The microbiota is the overall name for the trillions of bacteria, fungi and viruses that populate our gut. The microbiome is the name for all the genetic material contained in the microbiota, although the two terms are used interchangeably.23

A healthy gut is home to around 2kg of between 500-1,000 different bacterial species; however, this depends on the person and factors such as what they are eating and whether they are stressed, exercising, sleeping well can have an impact. The majority of these bacterial species are beneficial, and we are so dependent on our microbiota that it is regarded as an organ all in itself.23

Our gut bacteria – the microbiota – can break down fibre and extract more nutrients from it, not just producing energy, but also some vitamins, particularly those of the B complex and vitamin K. They also create short-chain fatty acids; the preferred fuel to nourish our epithelial cells. The composition of the microbiota very much depends on what we eat and how we digest our food.23

A change in diet can bring about a change in the microbiota within days. If poorly digested fats, proteins, and carbohydrates – maybe even paired with next to no fibre – reach the gut flora, it will start consuming those, which results in putrefaction and fermentation. This not only creates more and different kinds of gas but also feeds undesirable bacteria, causing an overgrowth and what is known as dysbiosis.23

The gut microbiota plays a role in skin health in various ways. For example, the findings of one study of 114 participants with acne vulgaris suggested 54% of patients had a significantly altered microbiota.7

It would therefore be logical to suggest that the gut microbiota may influence the production and composition of sebum. We also host some bacteria that – if they became dominant – could cause damage to the gut and make us sick.

A weakened beneficial flora and our feeding of the wrong kind of bacteria can achieve just that. Once the lining becomes compromised, more toxins can pass through into the blood stream, from where they will need to be eliminated. This often happens through the skin, causing issues.24,25

The most important food for the microbiota is fibre. As well as providing feeding grounds for the beneficial bacteria, fibre is also needed for proper gut motility and to carry away the waste we need to eliminate. Soluble fibre combines with old hormones and other waste the liver has conjugated for elimination and is released into the gut with the bile.

Moreover, fibre soaks up fluids and bulks up the stool, thus allowing the muscles surrounding the gut to ‘get a grip’ and propel the stool towards the anus.26

A lack of fibre may lead to constipation, causing waste to sit in the large intestine for too long. The bile acids in stool can irritate and damage the intestinal lining, and toxins and hormones can become released and reabsorbed, resulting in outbreaks of spots and acne.26

The microbiome is extremely vulnerable and easy to disrupt. Insufficient fibre or a poor diet in general, microbial infections, food poisoning, alcohol, stress and courses of several different types of medication can all lead to longer term problems that often manifest in the skin.27

Antibiotics, in particular, can severely disrupt the precarious microbial balance in the large intestine. Long-term use of topical and oral low-dosage antibiotics for acne may work in the short-term, but they can be damaging to gut health in the long-term.27

In addition, non-steroidal anti-inflammatory drugs and steroid drugs can cause serious damage to the intestinal lining.28 The resultant overgrowth of undesirable bacteria may also alter the pH of the digestive tract, creating a climate that benefits them, but not the good bacteria. This means that our intestinal lining loses part of its protection at a time when there are more bad bacteria to attack it.

Fungi: While infection means the introduction of an invader from the outside, problems can also arise as a result of overgrowth of microbes that are already there, as mentioned. We all host different species
of yeasts, which are harmless and normally kept in check by our beneficial microbiota. However, yeasts can cause serious problems if they overgrow. This can happen after infection and/or antibiotic treatment, when good bacteria are diminished.29 As yeasts are fungi and a different kind of organism, they remain unaffected by antibiotics. With the defences down and perhaps even the right food available
(yeasts thrive on sugar and refined carbohydrates), these opportunistic microbes can spread, poke holes in the intestinal lining and travel
to other areas of the body, which may cause fungal infections and inflammation that can result in redness and swelling of the skin.29

Helicobacter pylori: Stomach acid not only increases the surface area of foods and stimulates bile and enzymes production, but it also acts as a barrier in itself, protecting the body from infection from microbes entering the body via the mouth. One of those is called Helicobacter pylori. Until its discovery in 1982, stomach ulcers were thought to be a result of stress, but we now know that Helicobacter pylori is usually responsible.

Helicobacter pylori infection is common, and most carriers never develop symptoms. It can harm the stomach in many ways, including damage to the endothelial cells and tight junctions, and stimulating the immune system to produce a large number of inflammatory mediators, which can lead to the occurrence and aggravation of rosacea.8,9

One 2018 meta-analysis concluded that epidemiological investigations and experiments have confirmed that Helicobacter pylori infection is associated with the development of rosacea. It also stated that the effect of anti-Helicobacter pylori therapy, which usually involves a mixture of antibiotics for between 10-30 days, is better than the routine therapy for rosacea.9

Summary
Research proves a link between gut and skin health. A combined approach with practitioners focusing on the microbiota, food allergies or sensitivities may increase the efficacy of treatments.

26. WP Bowe and AC Logan, Acne vulgaris, probiotics and the gut-brain-skin axis – back to the future?Gut Pathog. 2011; 3: 1. 27. Farhadi, Intestinal barrier: an interface between health and disease, J Gastroenterol Hepatol. 2003 May;18(5):479-97. 28. Langdon A, Crook N, and Dantas G, The effects of antibiotics on the microbiome throughout development and alternative approaches for therapeutic modulation Genome Med. 2016; 8: 39. 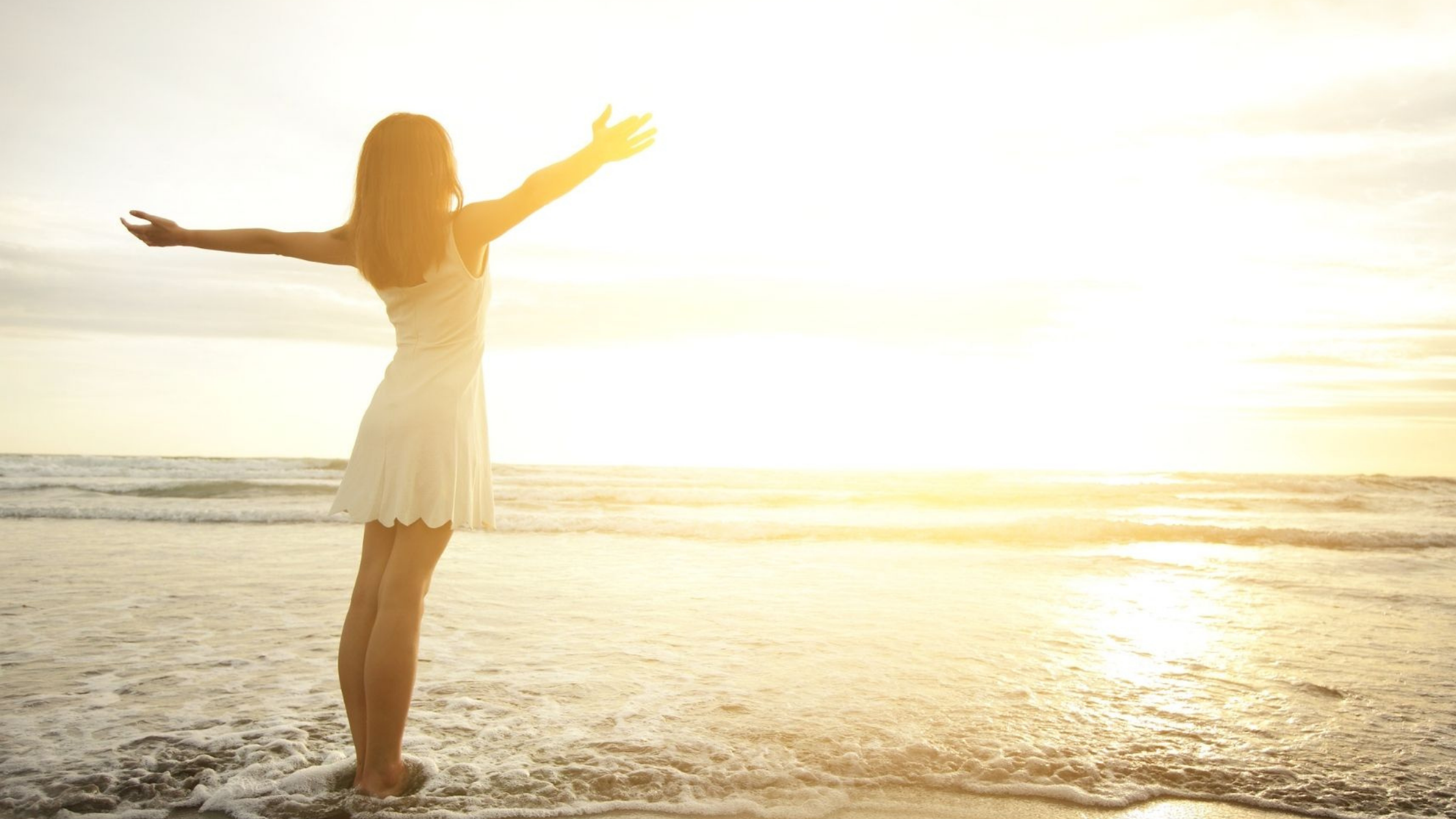 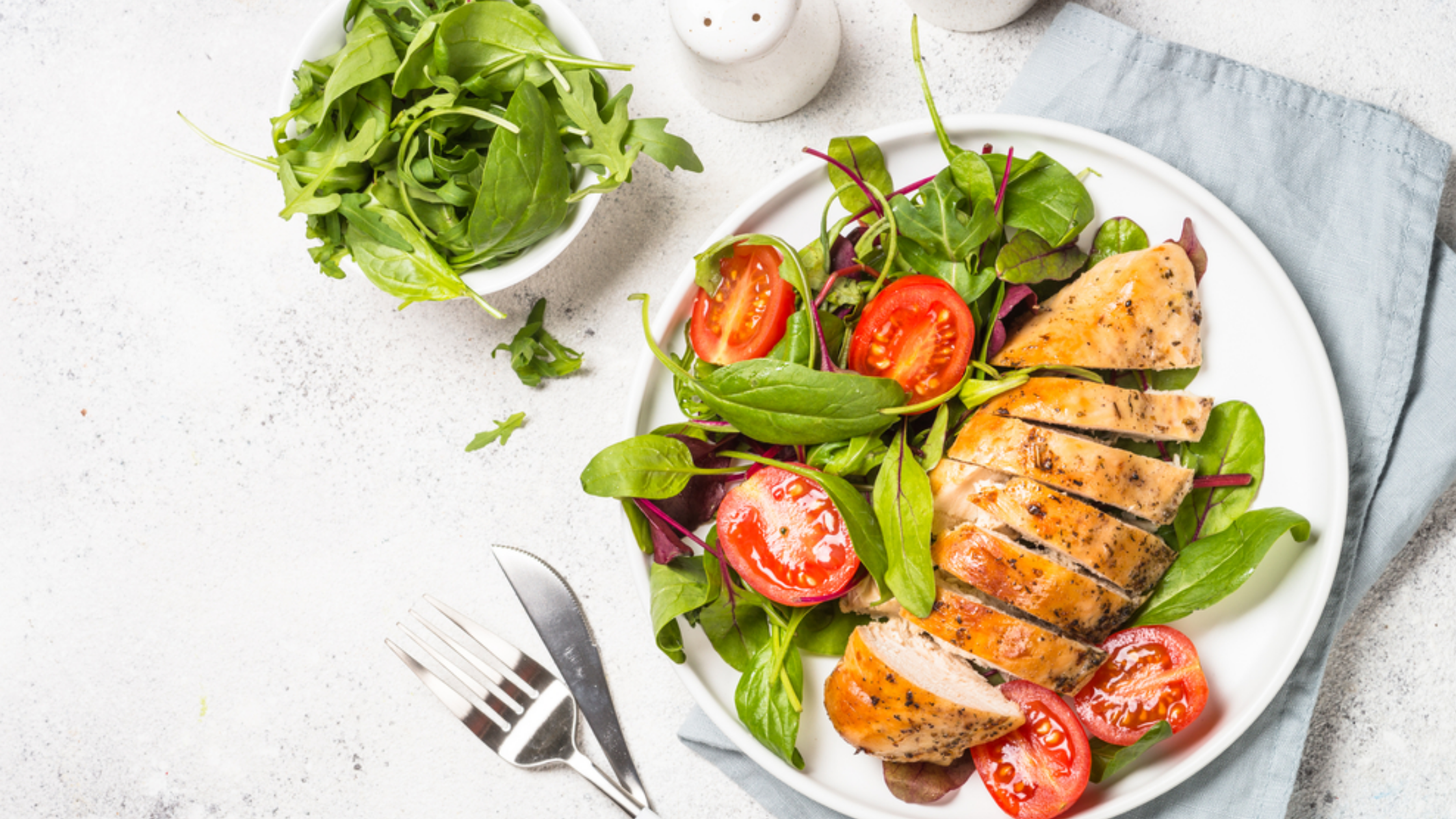 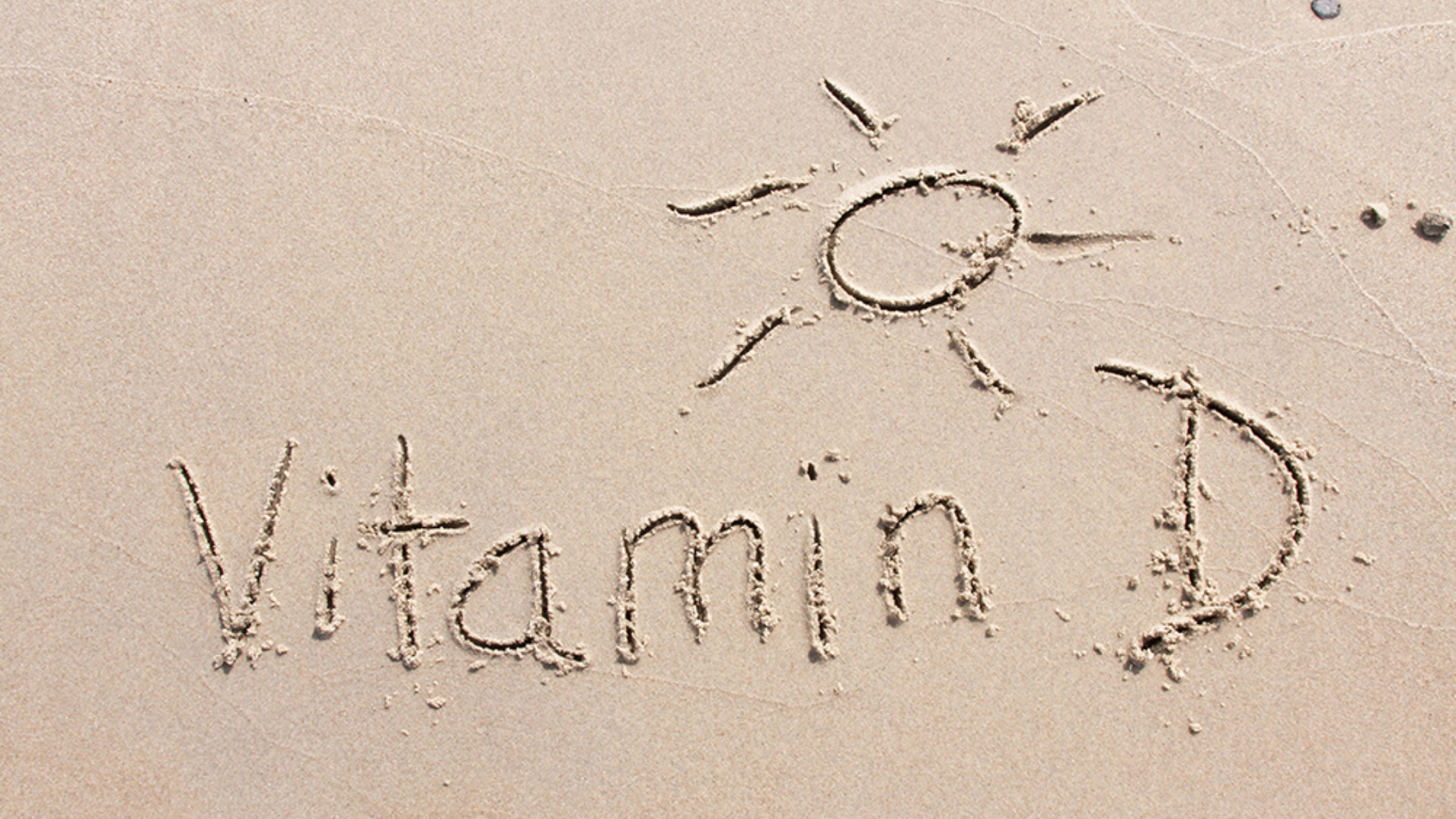 Why we all need Vitamin D